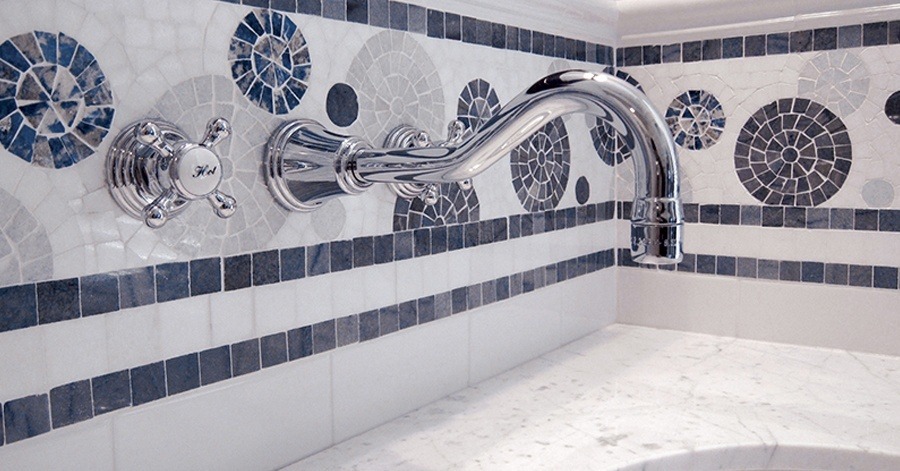 Tunisian tiles are as legendary today as they were in the ancient world. Tunisia, a North African country along the Mediterranean Sea, was influenced by an influx of different cultures, ranging from classical Roman to exotic Islamic artisans of the day.

Eventually, the Spanish and Portuguese also took the Tunisian tile craft even further, lending their own unique styles to an already impressive cache of colorful tile patterns.

The Tunisian's handcrafted their tiles and painted them with enamel, creating each tile one at a time. Mosaics done with stone were laid out one tiny piece at a time. You can view some of the remains of these ancient works of art, and their preservation, in this video.

Today's stone tile Tunisian collection pays homage to the stone mosaics, by capturing some of the Roman and Islamic influences.

Here are 7 modern day Tunisian tile designs that can inspire you to create a classical work of art in your own home.

#1 An Abundance of Geometrics

The most obvious Roman influence of Tunisian tiles can be seen in geometric patterns. You could view these classic patterns in ancient baths and Roman homes. Here is a modern geometric figure, an elongated sexagon border, that adds just the right touch of class for an understated elegance. This Tunisian tile pattern used for the border is called "Tunisian Almer." 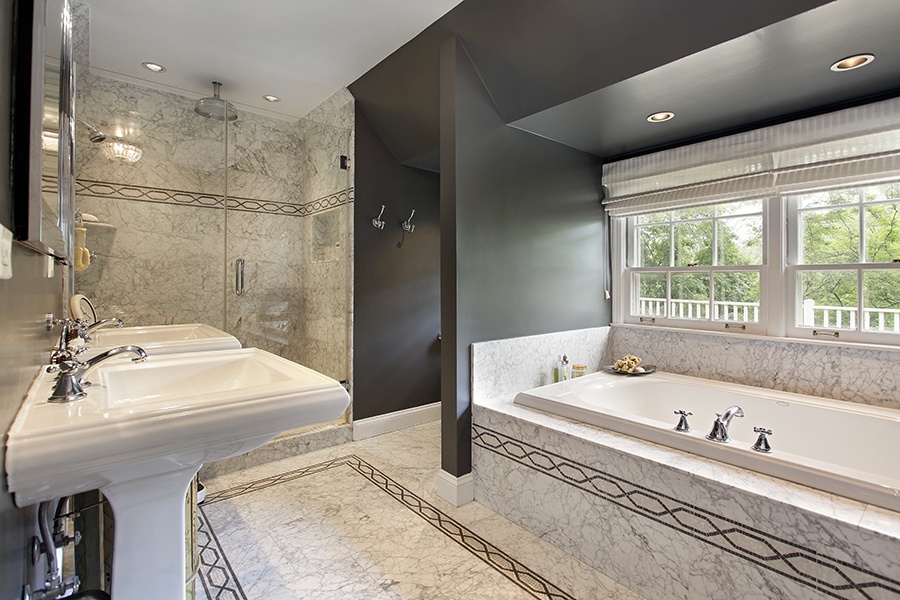 There are many geometric mosaics to choose from in the Tunisian collection. Take a look at this more colorful diamond option with different shades of blue.

Scrolls were popular patterns for borders in various parts of Europe. They could be particularly difficult to do by hand with individual mosaic pieces laboriously put into the pattern. However, today's mosaic tiles come already assembled in tiles, easy enough to install by a mason. This Cassandra Scroll border is a cinch now! 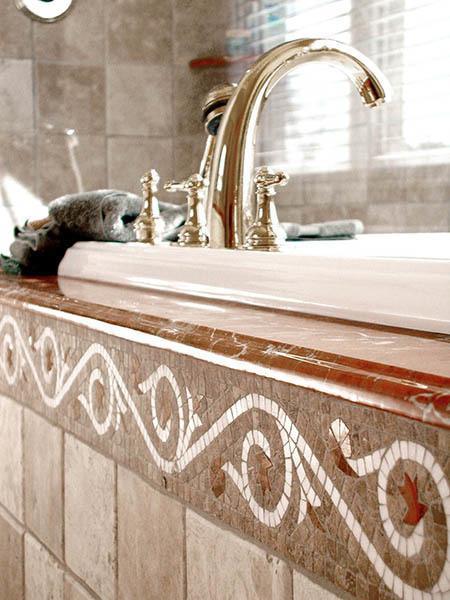 In fact, scrolls are so easy now, they can take on additional detailing, by adding leaves and other ornamental features as in this Lulus Scrolled Leaves pattern. 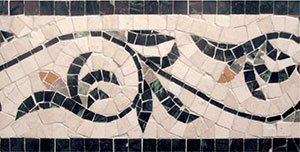 Interlacting ribbons of stone are mesmerizing and visually appealing. It produces a "wavey" effect that is perfect for borders or to frame a space visually. This Tunisian mosaic border does both for the tub in the hidden alcove. 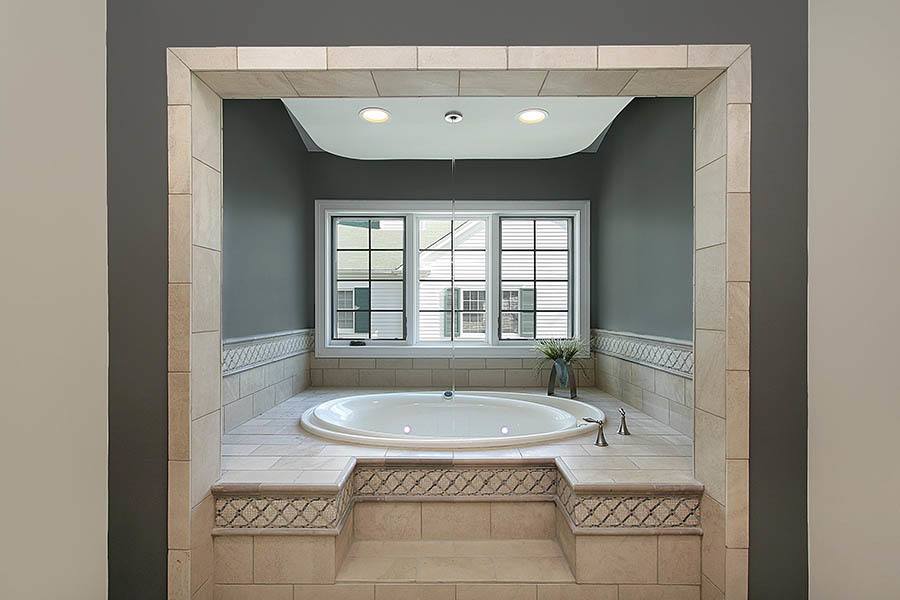 Using the Melly Tunisian tile pattern, you can even get more than one color in the interlacing pattern. 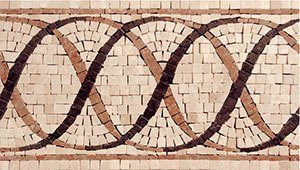 Circles, for the ancients, signified the sun and unity. They were almost viewed as a Divine geometric symbol. This Tunisian Tansy Circle mosaic border is certainly divine, even if it is a more modern adaptation of an ancient symbol. 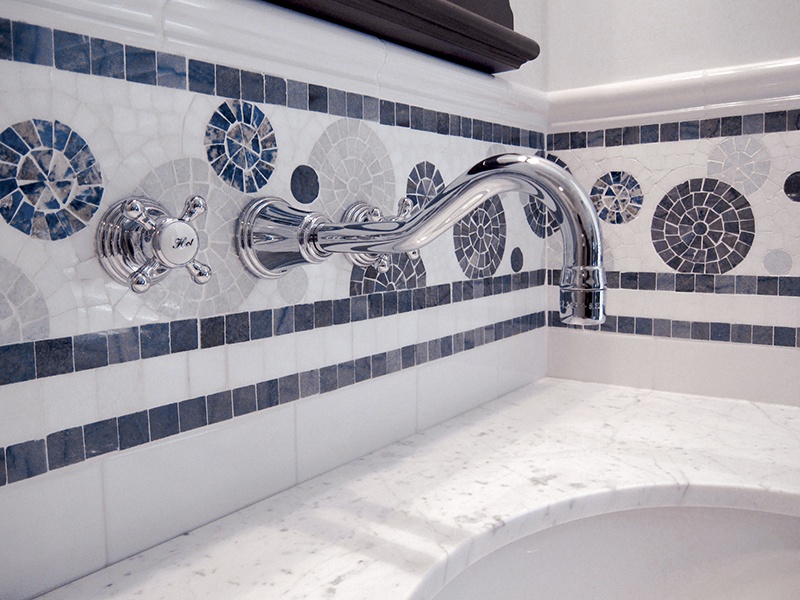 Circles don't have to be boring monochromatic symbols, they can also take on different colors and more rings to ramp up their visual appeal. Here is a Tunisian Rass Circle pattern with more rings and several colors.

For those that want something more natural, there are plenty of nature motifs to pick from within the Tunisian tile collection, whether they are animals, birds, or flowers. Leaves are classic and remind one of the crowns of laurel worn by Roman emperors. They were marks of distinction and divinity. They also were worn by triumphant heroes. However, you can decorate your own bathroom or kitchen with lovely leaf borders, like this Tunisian tile border pattern, called "Phinn." 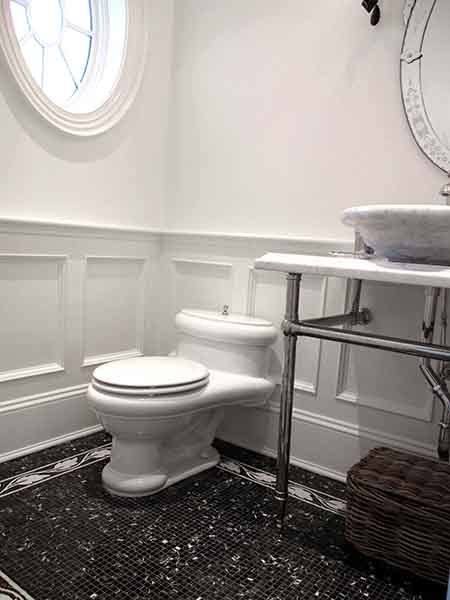 For a more modern take, you can try this Tunisian-inspired design called "Talo." It makes you think of David Hockney's masterpiece, "The Arrival of Spring," where each leaf is heavily outlined to produce a more modern version of an old motif.

Since Tunisia was on the edge of the Mediterranean Sea, it's no surprise that waves and water were a common design element in Tunisian mosaic scenes. You could have scenes with boats and dolphins in the water, or simply a stylized wave as a border. This design shows a wave in a very appropriate space in the home: The bathroom. 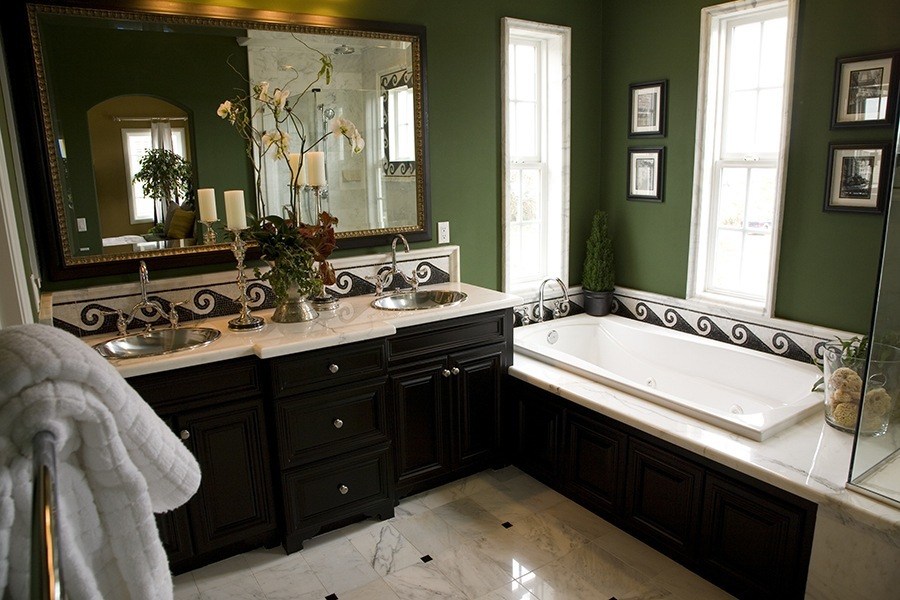 If you'd rather it be in blue, there are other versions as well, like this one, called "Saturn." It is even more stylized than the previous one, which was monochromatic and more block-like, whereas the more modern version is more nuanced, with simple outlines.

Florals, whether they were bouquets, stand-alone, or a single stem, are evident in many home designs of the past. They can be used as borders, accent pieces, or as works of art in feature walls, or even above a fireplace. Take a look that this gorgeous modern day mosaic flower tile acting as fireplace surround. 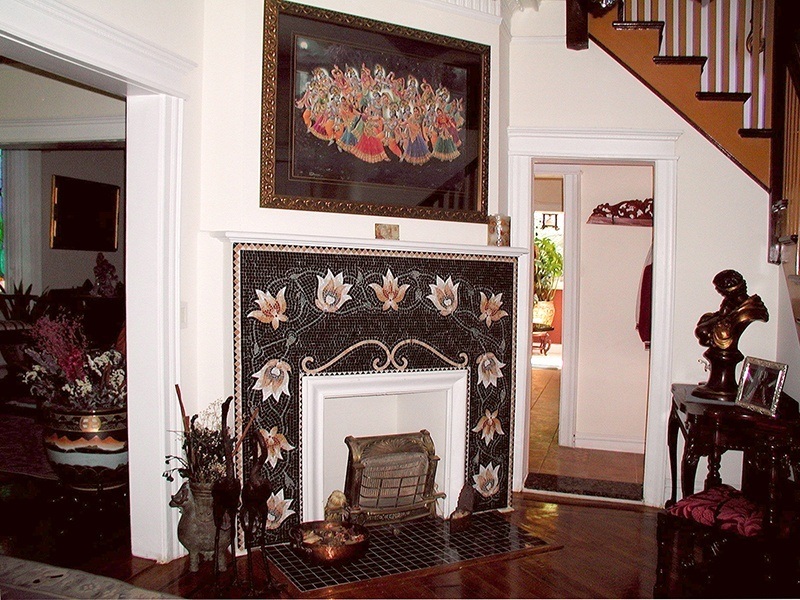 In the Tunisian collection, you can find other flowers, like this one that looks a lot like a sunflower, but called "Castor." It could brighten any area of your home. 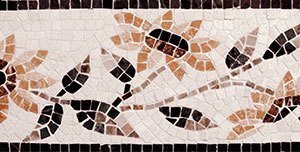 As can be seen, the workmanship of Tunisian artisans inspired the ancient world, and they still have the power to do that for the modern homeowner. No longer do mosaic makers have to painstakingly put one piece of tile in place one at a time. They can use pre-designed borders and tiles with Tunisian designs to give the home a classic feel, with a modern twist, without the intensive labor.

Pick from standard abstract symbols still popular today, like geometrical figures and scrolls, or go for something more refined. You have the option to use fine, interlacing, ribbons of stone, or circles within circles for an elegant look. If you'd rather stick to natural elements, there are some striking Tunisian tile designs in florals, waves, and leaves that would work well in today's eco-driven design trends.